It was on a cold night in February 1993 that Gareth gave Lisa a ‘try-out’. She came down to Bournemouth from her home town of Eastbourne and they spent about an hour dancing through a few steps under the guidance of Lynette Boyce. It was decided that it was potentially a good partnership and they joined forces. As the distance between Bournemouth and Eastbourne was over 100 miles, he decided to move to Eastbourne in order to make training together easier. 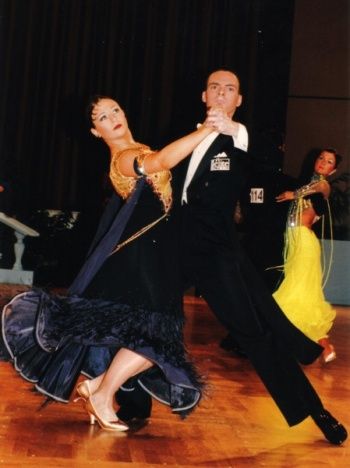 Within a couple of months of dancing together they were invited to Dresden, Germany for their first international competition. They were pleased to make the semi-final amongst older, much more established couples. That same first year together, saw them win 5 Open Championships. In 1994, they qualified to represent their country in 3 World Championships, the World Youth (under 19 years of age) Ballroom Championship in Ukraine, the World Youth Latin Championship in Slovenia and the World Amateur Latin Championship in Germany. In addition to this they were finalists abroad in Wiesbaden, Germany and also Bad Neuenahr, Germany, where they came second in an Amateur 10 Dance (combination of 5 Ballroom & 5 Latin dances) competition. Back home, they came 3rd in the UK Championships and later went one better when they came 2nd in the British Championships. They were rewarded for all their hard work and achievements that year when they were awarded a ‘Terry Frowen Premier Award’ for the ‘Best Latin couple’ of 1994.

As they were too old in 1995 to dance in Youth competitions abroad, they were only able to dance in the Amateur category. They again qualified by being in the top 2 couples to represent their country in 3 European & 3 World Championships (Ballroom, Latin & 10 Dance). Amongst their other achievements that year were becoming National Latin Champions, 2nd in the UK Championships and also their first international win in the Bulgarian Open Championships. They were also pleased to come 5th in the World in the ‘International’ Championships in London. The best win of the year however was in November, when they became British Ballroom Champions at the Winter Gardens in Blackpool.

Although they had been successful in Latin, they decided in 1997 to concentrate on Ballroom competitions only and once again represented their country in the World and European Championships. Once again they were National Champions and were also nominated again for another ‘Carl Alan Award’.

1998 was another busy year travelling to Japan for the World Championships and also qualifying again for the European Championships in Estonia and also finding time to remain undefeated National Champions. They were once again invited all over the World for competitions and cabarets.

They were proud to represent their country again in the 1999 World Ballroom Championships at the Royal Albert Hall in London. Amongst their wins for this year were the ‘Imperial’ Open to the World Championships and another National Championship win.

During 2000, although still competing and winning competitions and Championships all over the World, they started looking for new challenges and finally decided to stop competing at the start of 2001.

They immediately turned Professional and began a new chapter in their lives. They were invited to teach in various places around the World, but eventually chose to spend the next 4 years with P&O on their cruise ships doing cabarets and teaching dancing. They loved the travelling and although they had done this before, it was much nicer doing it without the pressure of competition.

In 2005 they decided it was time to settle in one place and build a dance school in their home town of Eastbourne. Although giving private lessons prior to this, the first group classes started on a Tuesday and Thursday night in April of that year. The dance school has continued to grow considerably since then and so has the family, with Luke being born in June 2006 and Dylan in July 2008. 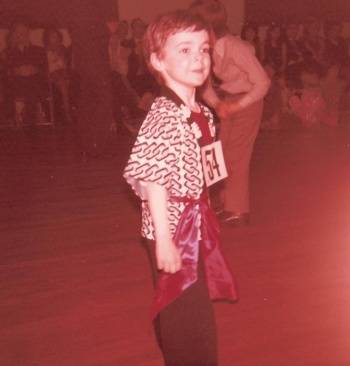 Gareth started dancing at the age of 5. He was first introduced to dancing when he started going to dance classes with his older brothers on a Saturday morning at Bill & Ann Legge’s Dance School in Bournemouth. When the dance school hosted a small competition, he was partnered with a girl of a similar height and nervously took to the floor. Although he did not win and never danced with that girl again, he loved the competition and was bitten by the bug.

He found a new partner and started having dance lessons and practicing together. They started doing small competitions around his home town of Bournemouth in Dorset and further afield into Hampshire. He was competing in the Juvenile category, which is for dancers under 12 years of age. Although he was much younger than most of them, he would regularly come away with an armful of plaques and trophies. As his dancing started to progress, his partner decided that she no longer wanted to do competitions and so they stopped dancing together. It was at this time that he joined another dance school run by Lynette Boyce, herself a former Ballroom Dancing champion. He found another partner in Lymington, Hampshire and they competed most weekends all over the country. In his last year as a Juvenile dancer he became ranked the number 1 Ballroom dancer in the World.

He then moved up to the Junior category which is for dancers 12 to 16 years of age. He danced with the same partner for another 2 years doing well against dancers older than him. His partner then decided that she no longer wanted to dance and so once again he was without a dance partner. For the remainder of his Junior and start of his Amateur (over 16 years of age) competitive career he danced with a few different partners, but the partnerships never really took off. He then took a phone call from Lisa…… 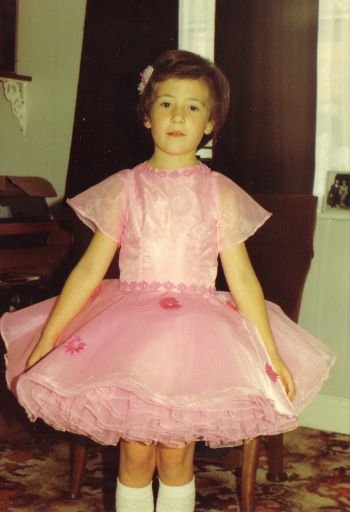 Lisa first started to dance when she was 7. She started with ballet and tap classes and from this she was selected for pantomimes and dancing shows at the Congress Theatre and Devonshire Park Theatre in Eastbourne.

At the age of 10 she was asked to partner a boy from the same dance school in a Ballroom and Latin American dancing competition in Horsham. Despite only having ever done a few classes she danced well and from that moment she knew that she had found the style of dancing she wanted to progress with.

She started her Ballroom and Latin American dancing at Ron and Joyce Clapson’s dance school in Hastings. She began entering local competitions with her partner and gradually progressed to national competitions.

She continued her dance competitive career and developed her dancing with coaches in London. As she progressed she also danced with new partners and when she was 16 she approached Gareth to dance with her……

This website uses cookies to improve your experience while you navigate through the website. Out of these, the cookies that are categorized as necessary are stored on your browser as they are essential for the working of basic functionalities of the website. We also use third-party cookies that help us analyze and understand how you use this website. These cookies will be stored in your browser only with your consent. You also have the option to opt-out of these cookies. But opting out of some of these cookies may affect your browsing experience.
Necessary Always Enabled
Necessary cookies are absolutely essential for the website to function properly. This category only includes cookies that ensures basic functionalities and security features of the website. These cookies do not store any personal information.
Non-necessary
Any cookies that may not be particularly necessary for the website to function and is used specifically to collect user personal data via analytics, ads, other embedded contents are termed as non-necessary cookies. It is mandatory to procure user consent prior to running these cookies on your website.
SAVE & ACCEPT